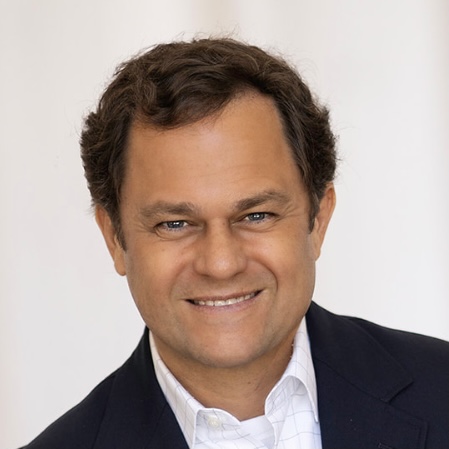 This is a guest post by Steven Thrasher, an intellectual property attorney based in Dallas, TX. Steven has been instrumental in helping me protect my IP throughout my career. I suggest you read this post carefully, and also listen to his interview on my podcast, How to Protect Your Intellectual Property. It is one of the most downloaded episodes on my show. To connect with Steven, visit speakwiththrasher.com.

Congratulations! 🙁 Your website is down and you just received an email stating that you’ve been reported for ____.

You might be amazed to learn some business owners don’t know that every business, especially every online business, operates in a legal environment.

What may look to you like a simple website or Kajabi page instead to me, as an intellectual property attorney, looks like a minefield of “issues” (which is itself just a legal synonym for “problems”):

Let’s face it: if your website makes money, to the lazy and unethical it’s probably worth stealing.

You probably plan to be in business a year from now, right? After all, “value” isn’t just the money generated today, or your position today in the market. It also includes the time, sweat, and brainpower poured into creating a foundation for growth: past-present-future.

In the modern world-wide online economy, this means your business today is merely the first layer in a value pyramid you’re building for you, your family, and your legacy.

If you want an enduring business, you’re in the right spot. What might shock you is how little some entrepreneurs plan.

In some ways, it’s understandable. Online entrepreneurs must build a course, coaching system, or other online offering, then create marketing materials, manage an online presence, integrate a payment processor, upload a podcast episode, track funnel analytics, and on and on.

It feels like it could go on endlessly and without interruption.  Until it doesn’t.

Which leads us back to the opening: your business is down, now, by a legal issue: what do you do?

I have two kinds of clients: Planners, and Panickers.

Planners think proactively, and so they get better protection, are in a better place, and get there by spending less money than the reactive Panickers who call me with their business half-stolen already.

Panickers must be pulled out of the fire by piecing together their situation and coming up with a hastily crafted outline-of-a-plan, often requiring expedited (“accelerated”) government services, trips to courtrooms and administrative agencies, and more.

Panickers easily see costs that are 10x – often 100x – higher than Planners, if the Panicker can be saved at all.

But today’s Panicker could have been yesterday’s Planner if they had just called three months (better yet, three years) before the constable knocked on their door, or the fateful email showed up in their inbox.

Quite simply, the Panicker’s situation would be completely different and they might not even have a problem at all.

When Mike decided to publish his book and course materials for You Are the Brand, he called me.  We investigated areas of concern, especially possible trademark issues.  In the process, we looked at marks that could “pop up” and create obstacles to using or registering “You Are The Brand”.

Months later as publicity intensified with Mike appearing on more podcasts and guest blogs, it happened.  Mike received a Cease and Desist Notice, obviously timed and calculated to put maximum pressure on Mike so that the attacker could extract an unearned windfall.

If Mike had not planned, panic could have set in, and the book itself might have been delayed a month or more – destroying upward momentum and throwing away Mike’s carefully crafted book and course-launch plans.

At a minimum, rushed jobs and government fees would have required Mike to pull thousands of dollars from marketing his book and course to defend a frivolous attack.  Not to mention how his followers might perceive the issue.

Instead, because Mike had a plan, we simply put it into action.  In just a few days and with a few letters, the attack was repelled, and Mike’s book published with full momentum on its way to becoming a Wall Street Journal bestseller, which led seamlessly into a course launch.

Without that plan, the publisher may have required a title change and the second half of 2021 might have looked much differently … and to get there could have easily cost ten times as much.

The Lesson is Obvious…

You can’t choose to be in business and at the same time ignore the legal responsibilities that come with it, at least not without risking a heavy price.

But you can choose to plan and prepare.

Like a tall, gated wall around an exclusive neighborhood, an ® or © deters most would-be intruders.

When you become aware of existing trademarks it’s like turning on your headlights before driving on a dark, windy road.

It starts with a plan.

You can begin your plan today by visiting speakwiththrasher.com to see if you qualify for a consultation.