One bizarre thing about pro wrestling is the idea of championships and win-loss records. For the most part, they don’t exist. Characters have matches to advance a storyline, not win. You never see an irrelevant guy become champion because story, TV ratings, and popularity define success, not wins.

Unlike other sports with defined seasons, championships, and off-seasons, pro wrestlers live on the road 52 weeks a year. They don’t travel as a team and they’re individually responsible to pay their own expenses and lodging to make the telecasts. No wonder so many of these guys die young…they live at an unsustainable pace and pump their bodies full of unnatural supplements. Why? To maintain their appearance to draw ratings. No one cares about the last match because all that matters is the next show. This sounds too much like people in ministry! Burnout, anyone?

As a leader in both my company and church, my responsibility is to create efficient infrastructure and delineate vision, goals, and deadlines clearly. I don’t want people to suffer because I neglected to build a sustainable culture. So:

I’m not against working hard. But if I’m going to expect the best out of my people, then I also have to build in time off and celebrate victories. Learn to build in an off-season. Your championships will mean a lot more. 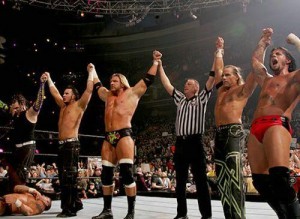