Most conferences are now essentially classrooms. With the internet changing the game, it’s strange then that so many people still go to conferences only to learn something. YouTube, TED, and blogs have created a shortcut to conference classroom content. So why go? Because the road to actual personal connections remains long. If conferences are classes, recess is where the real stuff happens. Why? Because recess is where you meet people that become acquaintances –> associates –> partners –> friends that can change your life forever.

A Net That Works – I go having already thought about who I’d like to connect with. While there, I’ll likely meet even more people since I think it’s pretty foolish to travel that far and just stay in my hotel room. I sleep when I get home. I meet people at conferences. Then I sort out who I MUST follow up with, who I should follow up with, and who I might not need to follow-up with. I email, text, call, Tweet or Facebook right away. I need people more than they need me, so I’m proactive about it.

Go To Recess – Similar to school, it’s fun to get off-campus. I’ve blown off conference sessions countless times to have coffee with someone since I can purchase the session recording later. Conferences attract hundreds of like-minded people. Recess is where these like-minded people can get together in an atmosphere of sharing stories, journeys, and hearts. I’ve blown off sessions at my own conferences to connect with the people I invited.

Don’t Underestimate Acquaintances – If you think the people that will open doors and create new opportunities are the kindred spirits you have everything in common with, you’re probably wrong. That’s because you already have everything in common with them:  status, goals, season of life, NEEDS. Acquaintances are the people that can launch you because they’re either ahead of you or established in areas vastly different than what you’re in. Don’t underestimate them!

Don’t Burn Bridges – Don’t erase an acquaintance’s or old contact’s email, number, or social media connection…it can unnecessarily burn bridges because all those things are exactly that:  connections. You never know when someone has something for you only to find you’ve disconnected them. Burning bridges reminds me of ex-New York Giant Tiki Barber. Upon retiring, Barber bad-mouthed his coach, teammates, and fans. He did the same to network execs upon failing in his broadcasting career. I saved this quote from ESPN in 2006 because it was a life-lesson:  “Tiki did not burn any bridges. He napalmed and professionally demolished them, followed by a strafing run, just in case someone still tried to cross the remnants of that bridge.”

I’ve met some of my best friends and been launched into major life changes because of people I’ve met at conferences. They’re truly awesome…if you plan on doing more than just going to class. 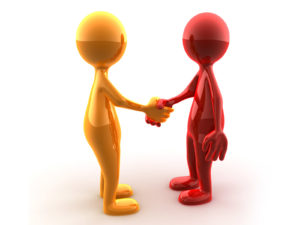 What do you do to network with people at conferences? Who are some of the significant people you’ve met through a conference?

The Leader’s Time: Got A Minute?
How We’ve Stayed Married In Ministry