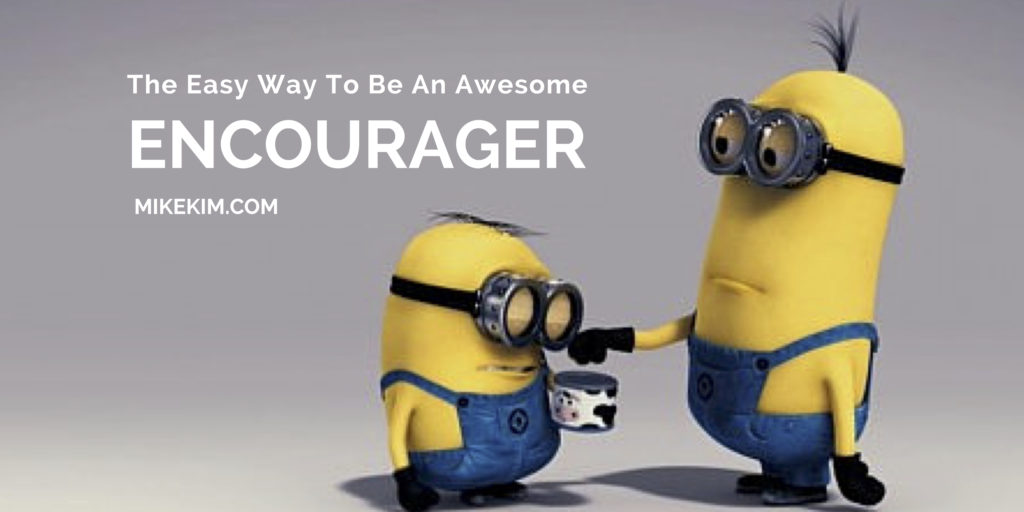 It’s easy to catch someone doing wrong. But it’s also just as easy to encourage people by flipping that logic on it’s head. So how do you become an awesome encourager?

Catching people doing something right starts you on the road to becoming an awesome encourager. If done on a wide scale, it can change an entire organization. Here’s why:

By catching people doing something right, you add relational equity and build rapport quickly. Then correcting someone for actually doing something wrong doesn’t overdraw the account.

On a personal level, my wife and I have built up a sizable account of mutual encouragement. If we didn’t, I’d view any correction she gives me as nagging.

2.  It teaches you to be observant.

This means taking active notice. Seeing the little things goes a long way because it takes effort and intention to see them. If you notice the little things, people will be encouraged and you won’t take them for granted. This is a win for everyone.

Some time ago I noticed some of our staff picking up litter or cleaning the workroom. When I thanked them, you’d have thought I gave them a raise! It’s encouraging when people make a big deal out of our attention to the little things. What’s rewarded gets repeated. Thanking them communicates that I’d like more of this behavior. That may well lead to a real raise!

Encouragement is one of those things we know we should do more of. But who has the time? What do we say? How do we say it? Do we write a card? A letter? A thesis? Send flowers?

Catching people doing something right is the perfect on-ramp to becoming an awesome encourager.

When I catch someone picking up litter, I simply say “Hey, thanks so much for picking up that candy wrapper. You really help make this place better.” That’s all of 17 words. Do that enough, and you’ll learn to say more.

Encouragement is powerful. Imagine what would happen if we caught people doing right more often:

Ken Blanchard once said, “The last applause most people got was at their high school graduation.” That’s sad, but probably true. So here’s your challenge this week:  catch someone doing something right.

Question:  When have you caught someone doing something right?