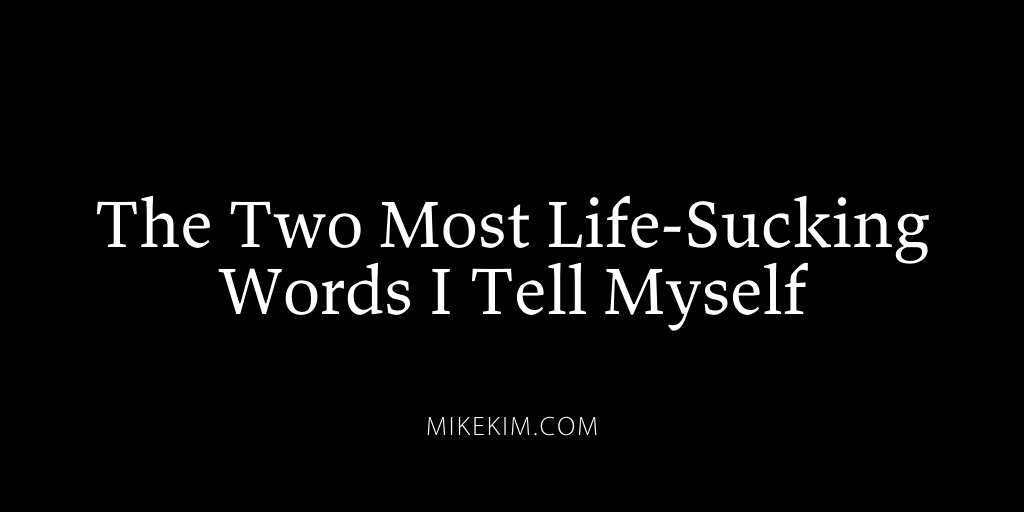 Behold two of the most sleep-stealing, soul-sucking words I tell myself:

Surely I’m not alone. Maybe you’ve said a few of these to yourself:

There are certainly things in life that we as humans should have attained by now. Big things, like racial equality. (Come on, already.)

But when it comes to our personal lives, most of us tend to beat ourselves up with by nows. We have some kind of internal standard as to where we should be in life relative to the number of years we’ve been alive. I seem to do this every single birthday.

But what good does this do?

Surely you’ve realized that the internal standard by which you judge yourself is always right, and the person you see in the mirror is always wrong. It’s not a fair fight, and I’m not sure that heaping loads of guilt and shame on yourself is the healthiest way to spark motivation. (We humans can be so self-defeating sometimes.)

Does “by now” ever go away?

I’m not sure. It doesn’t passively wane with age, money, or time because it’s too easy to find someone who seems further along than you.

Yet none of those people are me, and I am not them. No one is you. Only you are you. Competition can be helpful but maybe (just for a day) you can ditch the comparison trap, remove “by now” from your vocabulary, and simply appreciate you for yourself.

By now, we should bid farewell to some of our “by now” statements.

Best to you,
Mike Kim