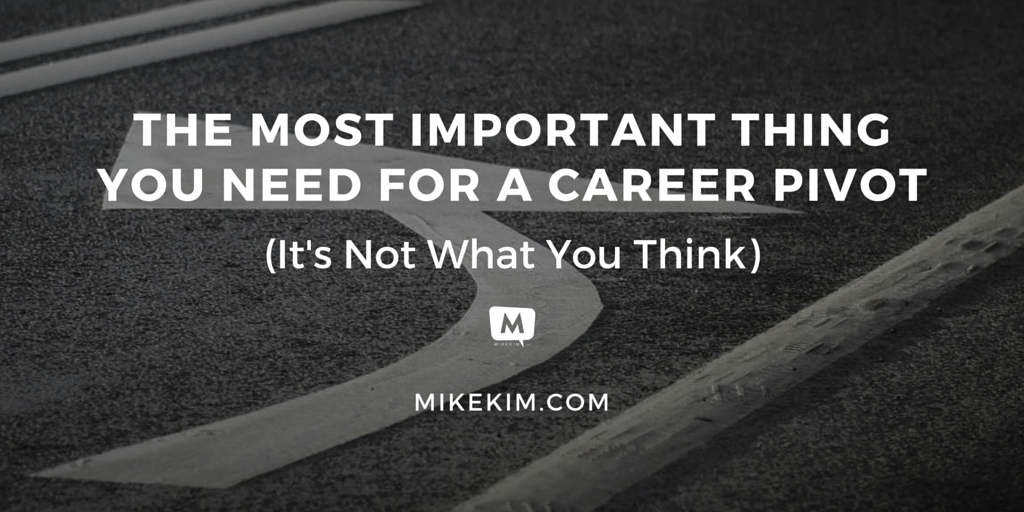 It’s been just three years since I went through two major career pivots: the first from ministry to a corporate marketing job, and then from corporate to being my own boss.

During that time, I devoured everything I could find on reinventing myself: books, blogs, podcasts — if it was there, I consumed it.

Oddly enough, I had no idea what I was really looking for. For years, each day was felt like I was walking into a dark room and desperately sweeping my hand across the wall for the light.

Tips and tactics are great, but looking back I now realize there’s one thing that will help you more:

Knowing you are not alone.

In retrospect, all my efforts were really a long to find people that understood me; people that reinvented themselves and came out on the other side intact.

If you’re looking to make a career pivot, I’ve worked furiously for nearly 100 hours (seriously!) to put something in your hands that may help. 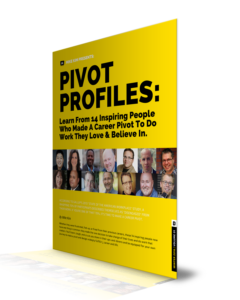 The first issue of The Pivot Profiles is no longer available.

Interviews were purposely confined to 1. people I knew personally and 2. folks that had completed the pivot process. I wanted you, the reader, to benefit from people telling their story in hindsight.

If you’re familiar with the online thought-leadership space, I have Ray Edwards and Kary Oberbrunner inside. Podcasting? There’s Cliff Ravenscraft, Jeff Brown, and Jody Maberry.

Want to pivot into a speaking career? Perfect, because Jennifer McClure is a highly-touted speaker and consultant in the HR space. She made the jump from being a corporate employee to now advising and training those same corporations.

Ann Vertel made the pivot from 20 years of service in the Navy to launching into her own coaching business.

Feeling the call to leave business and enter the ministry? There’s a pastor who did the same thing by the name of Eric Peoples featured inside.

This isn’t just fluffy motivational talk; these are real life stories. Some are flat out heartwrenching. I felt my stomach turn when I heard how some of these folks were dismissed from their jobs without warning. I could feel their anguish, tears, and despair. You’ll also read about my own journey inside, but there’s one more thing I wanted to draw your attention to:  “the pull.”

As mentioned, I spent many a night wrestling with that ever-nagging question: “What Am I Going To Do With My Life?”

Gaining clarity was a huge struggle. The only thing I was absolutely sure of was “the pull” — it was like a magnet was drawing me somewhere I’d never been before. I actually remember Michael Hyatt asking me on a Platform University call in 2013: “Do you want to do what you’ve always done, just in another role? Or do you want to do consulting and find out what’s out there?”

I was drawn to the latter, and I’ll never regret choosing that path for as long as I live.

My guess is you’re feeling a similar pull. That’s probably what prompted you to read this article. You dream of fulfilling work. You may even dream of being your own boss.

Live your message, love your work, and leave your mark on the world.

At Your Service,
Mike Kim

Tell me your dream job and how you plan to make the transition to it. The best comment submitted by Feb. 22nd will win a $1,200 scholarship to my upcoming coaching program, The Pivot Course. Comment below!