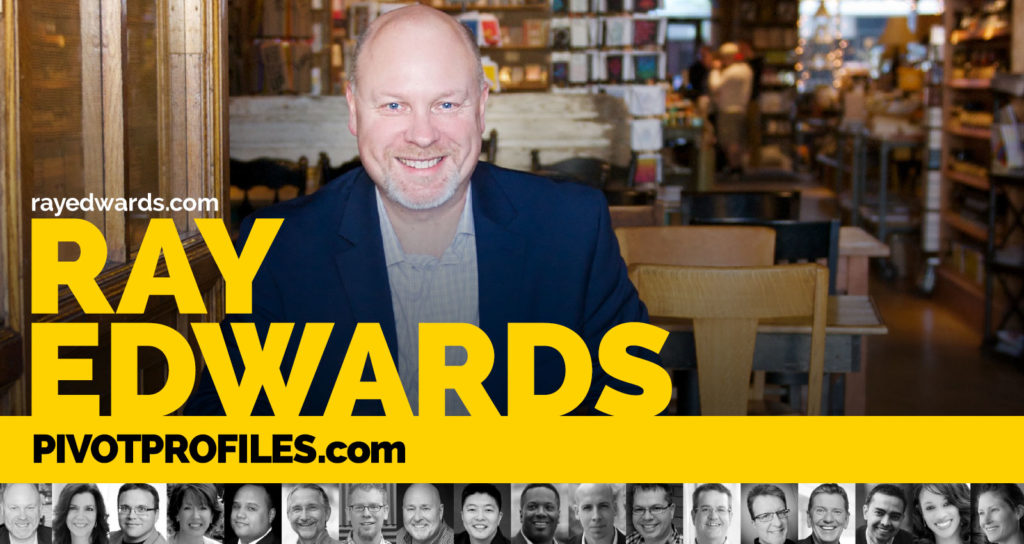 Ray Edwards is a widely-respected marketing consultant, copywriter, podcaster, and author of the new book, How To Write Copy That Sells.

Before all this, Ray was an executive in the radio broadcasting business, an industry he was in for 30 years. Ray “made the leap” into his own business in 2005.

Ray, what prompted your pivot?

The primary reason was simple:  radio was dying a slow, painful death; a death inflicted by the newcomer to media: the Internet. Radio’s model was based on attracting listeners with free music and entertainment. The problem was that content was peppered with commercials and annoying disc jockeys. The Internet offered music without the commercials or the DJs, and you could choose what you wanted to listen to. The iPod (remember that?) meant you were able to have your own radio station in your pocket. Game over, radio.

What was the most important mindset shift that helped you make a successful pivot?

It was realizing that working for a big corporation was not, as I had previously thought, secure. Far from it! As corporate downsizing began to take place, I saw jobs vanish by the hundreds, then by the thousands. Owning my own business was the ultimate security:  I was always in control of the business decisions and in no danger of being fired or downsized. The ultimate security comes from being in control of your own destiny.

The most important thing I did at the time was to put the work in before I left my previous position. I had to build a stream of income that would support me when I struck out on my own. By the time I left my corporate job, my business income (from private clients) was equal to my regular salary; there was no “rice and beans” transition. This had the rather pleasant effect of reassuring my wife that I had not gone clinically insane!

Was there anything that caught you by surprise, good or bad, during your pivot?

It was surprising to find out that I was a much more unreasonable boss than any I had ever worked for in corporate America! I demanded more hours, effort, and perfection than I had ever been asked for in my previous jobs. I had to learn to be as reasonable with myself as I would have been with an employee. It’s very easy, when you are your own boss, to end up working for a crazy person with no sense of personal boundaries.

What would you have missed out on had you never made this pivot?

I would’ve missed out on the joy of being in control of my own schedule. I would’ve missed out on several trips across the country in my RV, and the ability to take a leisurely pace to spend quality time with my wife and son. We took 3 months one summer to tour the U.S. I didn’t have to ask anyone’s permission, I just did it, and the business rolled on right along with us.

I also would’ve missed out on the opportunity to increase my income exponentially, and on meeting some of the most interesting people I’ve ever met.

Some of the best friendships I’ve ever had in my life came about because I found my “tribe” — entrepreneurs, creatives, independent business people of all types. 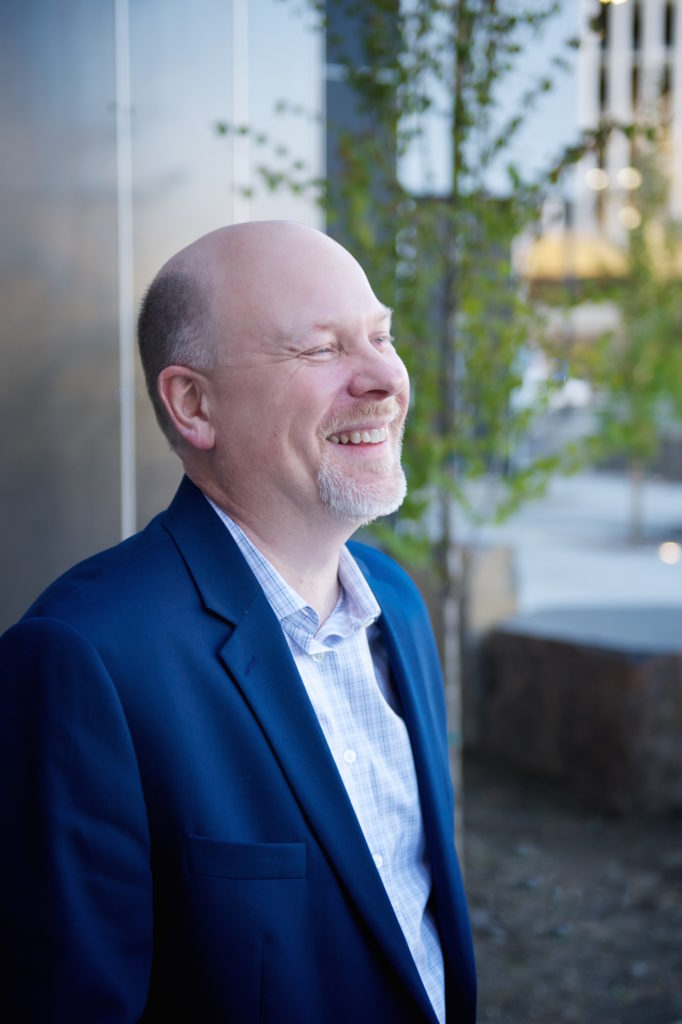 Say a friend is thinking of making a career pivot and asks for some pointers. What’s the most important thing you would tell him or her?

That it’s not nearly as frightening as you may feel right now. The good parts are better than you can possibly imagine. I know it seems hard to get started, but it reminds me of an experience I had at a Tony Robbins coaching event.

Tony had us walk across a bed of flaming red hot coals, that’s right:  firewalking! He told us that while it seemed impossible, the hardest part would be taking the first step. “After you take the first step,” he said ominously with a twinkle in his eye, “you’ll have no problem keeping up the pace!”

Now that you’re on the other side of your pivot, what you are most excited about in 2016?

What excites me the most about this coming year is that so many of the opportunities that were only vague fantasies for me in 2005 are now my daily reality. People who were my “heroes” are now actually my friends. And you know something? The wildest fantasies I had about what life would be like when I became “totally successful” pale in comparison to the realities of how good life is right now. Not because it is perfect. It isn’t. It’s never quite the pristine, perfect, problem-free future that we imagine it will be.

But what excites me is I have the freedom to explore life at new levels, with people I enjoy being around, in ways that were never available to me before. Life is a grand adventure; don’t trade that for punching a time clock!