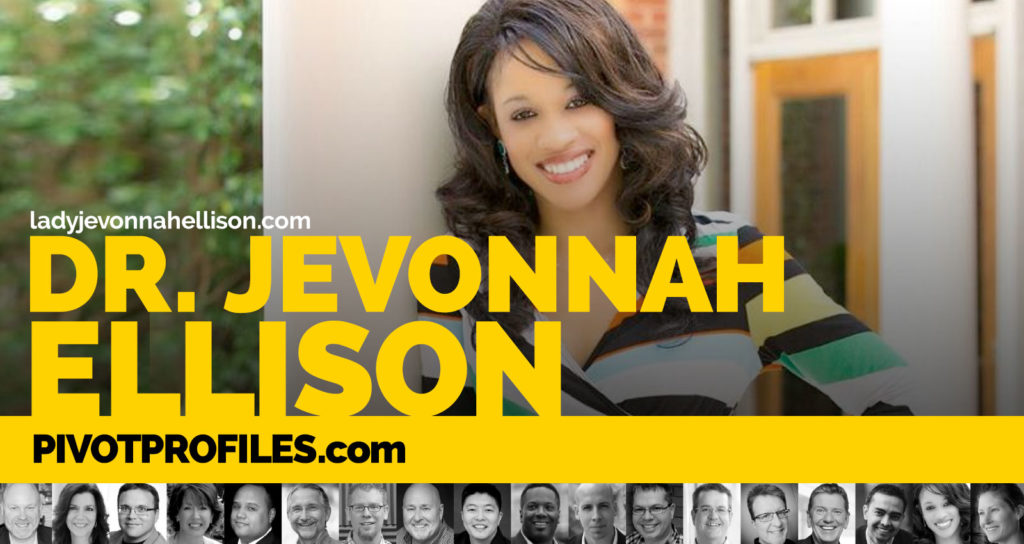 Dr. Jevonnah Ellison, affectionately known as Lady J, is a successful speaker, author, and coach. Before this, she spent 13 years as Director of Operations for Bishop Charles E. Blake, where she provided administrative and financial oversight for more than 250 churches. She became a full-time coach in 2014.

You once asked a question, “What do you do when the life you hope for looks nothing like the one you have?” Can you share your backstory?

Dr. Meg Meeker told me during an interview:

“Throughout the course of her lifetime, every woman will take at least one man to the grave. It’s not her husband; it’s her dad — either because she loved him so much and he passed away, or because he was never there and she buried him in her heart.”

When I was 7 years old, on Christmas Eve 1986, my father gathered my mother, older sister, and I in the master bedroom and told us why he wouldn’t be there Christmas morning, or the next Christmas either.

Surely this must be a joke. It was Christmas Eve! But Dad was serious. I was confused, hurt, angry, and sad. I was raised in a Christian home and taught about forgiveness, but I wasn’t ready to do that, and I buried my dad in my heart.

Then, exactly 27 years later, on Christmas Eve 2013, one of my best friends died. Collette’s death shook me to the core. Cancer took her away from us in less than two months. She was young, beautiful, strong, healthy — she literally ate cucumbers for breakfast and was a size 4, the envy of women everywhere!

The questions came flooding in. Why Collette? Why now? Why, on Christmas Eve again, must I lose someone so close, near, and dear to me? Grief turned to sadness, sadness to anger, and finally these turned to acceptance. Although I knew she was in a better place, I missed her terribly. Still do. Every single day.

Wow. How did you move through these losses?

At the time, I was working as the director of our church’s learning center, and during a break one day I retreated to spend some time alone. I needed to think about these two significant events, each happening on Christmas Eve. What was the meaning?

Collette had done so many amazing things, but I knew her. She wanted to do so much more. We weren’t far apart in age, either.

I said a genuine prayer, “My time could be soon. Tomorrow is not promised. Lord, help me blossom where I’m planted and do what you’ve truly purposed for my life. I want to be ready. I want to help as many people as I can to not die with their song still inside of them.” 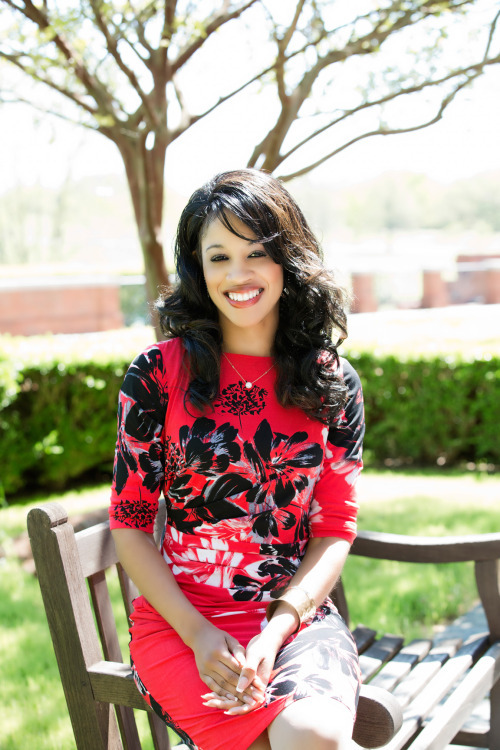 Chuck Swindoll once said, “Life is 10% what happens to you, and 90% how you react to it.” I couldn’t control my dad’s decision, nor could I control Collette’s death. But I could control my response, and how I could use these experiences to positively impact others. A year went by and I was still working my regular job, but during my extra time I started consuming podcasts and reading books (like crazy!) about coaching, finding your voice, living your purpose, and doing work you truly love.

How did this lead you into the coaching business?

I’d been informally coaching people for over 13 years, but thanks to the excellent coaching I received from Dan Miller and my mastermind group, I launched my business in February of 2014.

Dan often says: “The best billboard for being a coach is a life well lived.” I knew that in order to truly help others, I had to lead my own life. So on his 70th birthday, I surprised Dad at his party.

Never being one to cry, I saw him break down for the first time the moment I walked in the door. True healing began. We were both a teary mess when it was all over. Now we talk every Sunday and he is one of the kindest and wisest men I’ve ever known. I would have never known this had I chosen to hold onto bitterness.

Looking back, what was the most important mindset shift for making such a big change?

Bronnie Ware’s book, The Top Regrets of the Dying, was pivotal. The top regret of those dying is, “I wish I’d had the courage to live a life true to myself, not the life others expected of me.”

I knew I had to live out my God-given purpose and inspire others to do the same. I intentionally surrounded myself with leaders and high-achievers who were already doing what I wanted to do.

I attended conferences, joined a mastermind, and hired a coach. It’s always interesting to hear from coaches who want clients but don’t have a coach of their own. A coach who doesn’t have her own coach is like a doctor who won’t take his own medical advice. We have to practice what we teach.

If a friend came to you for advice on making a pivot, what would you tell her?

Run your race. I’ve been blessed to run and finish thirteen Los Angeles marathons, the entire 26.2-miles! One thing I’ve seen time and again is that runners who run by alone or try keeping a pace they’ve not properly trained for nearly never cross the finish line. If they do, it’s much later than they expected.

Don’t try to do this by yourself. Invest in people who believe in you. Learn from people who are already doing what you want to do. Be a giver, not a taker, and always operate out of the law of abundance. There’s enough success to go around for everyone.