There are two types of contracts involved when a person takes a job. The first deals with hours, salary, job description, benefits, etc. When contemplating one job vs. another, this is what most people base their decision on.

But the second contract is what KEEPS a person at their job. It’s the unwritten, informal, psychological component of work:  the expectations an employee views as inalienable rights. When an organization neglects the importance of an employee’s psychology, it ends up in deep trouble.

Recently, I took a position as CMO of a company. We talked about the first contract:  hours, pay, responsibilities, benefits. The second was an unspoken contract:  what rights I had, what my status gave me access to, how much value I had to the company. The joy of getting a raise wanes—after awhile it just becomes your new financial baseline. The real component of employee happiness is psychological. I have a positive psychological correlation with my job, and it draws the best out of me. Nice office = they value me! Work-from-home = they trust me! Well-organized = productivity! 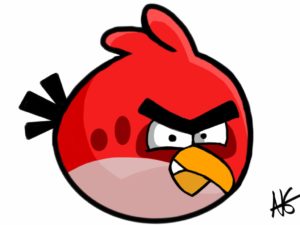 Then it happened. I heard our employees received compensation for gas and tolls. Granted, they pay well enough for me to afford gas and the $7 toll—but being left in the dark about this perk had a negative psychological impact. I felt cheated, like I didn’t get something that was my right. It reminds me of a group of investment bankers whose firm offered free dinner and cab ride home for anyone working past 9:00PM. These guys often worked past 9:00PM just to get the perk. They wanted to get everything they were owed. The guys that left before 9:00PM? They felt left out. Neither group was psychologically fulfilled despite making hundreds of thousands of dollars. This firm tried to do the right thing, but a poorly thought-out policy and loopholes actually made things worse.

The challenge of employee happiness is not usually contract #1, it’s contract #2. This isn’t about griping over a $7 toll or rich bankers feeling entitled to a cab fare. It’s about workplace psychology. Poor psychology is a creativity & productivity killer. It’s breeds a toxic organizational culture and isn’t offset by a big paycheck. People who get big paychecks can probably get a big paycheck elsewhere. It’s not the money, it’s the principle. The ability to keep great people helps make an organization great, and an often overlooked part of that is whether workers have a positive or negative connotation with that organization. It goes beyond money. As for me, the gas/toll issue has been equably settled.

Ok, it’s time to let it out! What has your job done to make you feel valued or devalued?